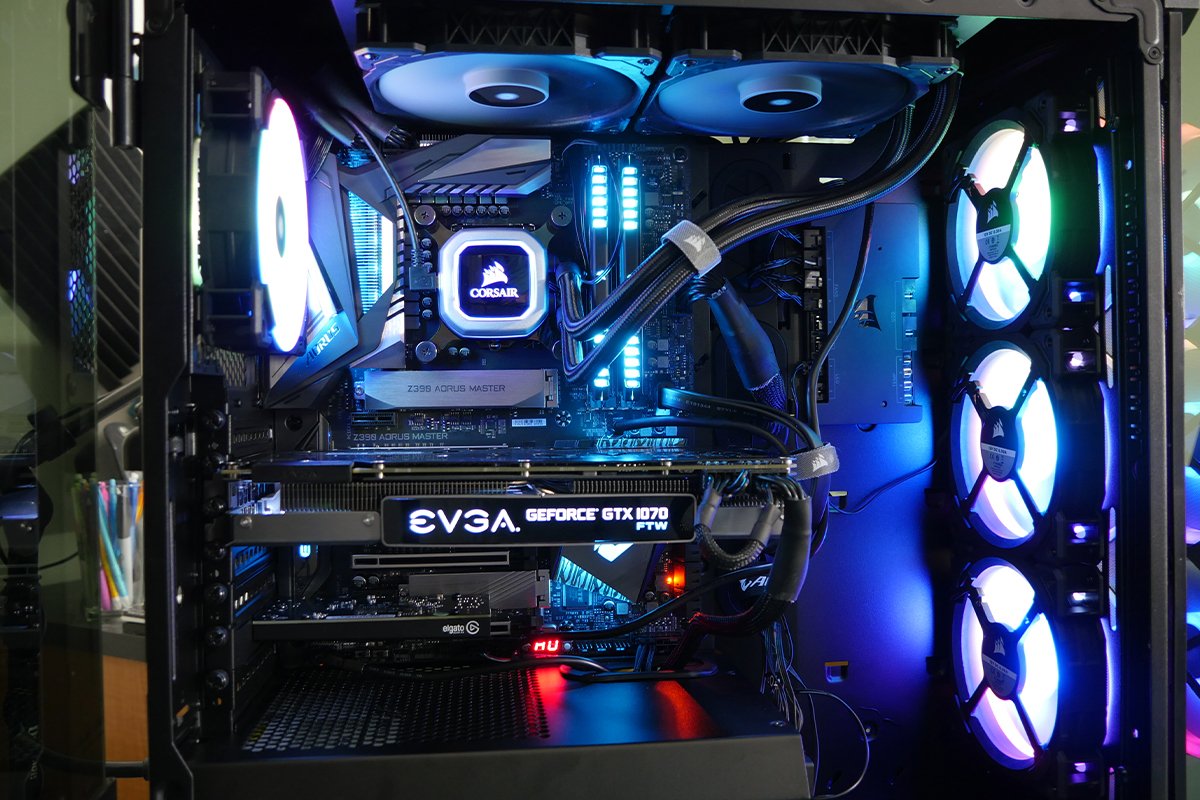 This is my workstation for school, work, and play. It’s been a work in progress over the past decade as it constantly changes and evolves. This is the journey of my rig:

I started this project back in early 2012, with an AMD FX-6100 3.3GHz 6-core processor and an ASUS M5A99X EVO R1.0 board. I also had a pair of red G.Skill Ripjaws X Series 4GB DDR3 memory sticks rated at 2133 MHz. Being the first build I’ve ever done, I made the mistake of using RAM that was rated higher than what my CPU supported. After having lots of issues with it, I switched to a pair of blue Corsair Vengeance 4GB DDR3 sticks rated at 1600MHz. The blue matched the motherboard anyways, lol. My graphics card was a Zotac Geforce GTX 560 with 1GB of DDR5 memory. All of this sat in a Cooler Master HAF 912 case and powered by Corsair CX600 600W PSU. It ran Windows 7 pro on a 200GB HDD.

After putting it all together, I turned it on for the first time. My body rushed with adrenaline and excitement, as I saw the ASUS boot screen then tell me there was no bootable drive. I put the Windows disc in the tray and began installing, all while waiting for it to crash and burn, lol. It was so easy putting it all together, that I thought of it as almost too easy, like something is bound to go wrong. Finally, Windows finished installing and all was well. Building this computer felt like my biggest accomplishment to date. It was the start of my passion for computers and what hooked me on a career in tech. 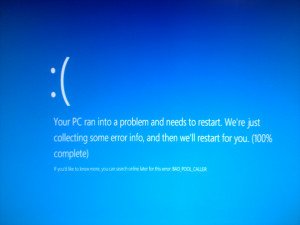 The years following the initial build were a little rough. I decided to take my machine into the realm of Windows 8, which was a big mistake. I was a huge Microsoft fanboy at the time and even bought Windows 8 the day it became available. This lead to many, many blue screens of death and an enormous amount of bugs. Sometimes it was hard to get through a single day without running into a bug or crash. I also realized over time just how bad the AMD FX series processors were. The power and speed didn’t compare to my friends off the shelf Intel machines. I was left with a rig that somewhat worked, but not necessarily what I wanted.

One day why playing Civilizations V, I started to smell something burning. Like a metallic burning smell. A few seconds later, my monitor went black. I looked over at my computer and saw a small cloud of smoke come out of my case. Freaking out, I immediately cut the power, opened it up and found my graphics card completely fried. Thankfully the card was under warranty and I was able to get a free replacement. I’m still unsure if it was a defective card or if it was a Windows 8 bug that caused it. Anyways, the new one ended up being an overclocked GTX 560 card from Zotac. This one lasted me for many years so it worked out great!

In 2014, while dusting the inside of my rig, I decided I hated the greyish color of the metal inside the case. I went out, bought some spray-paint, and coated it black. The new color made it so clean looking inside.

Sometime in 2015, a buddy of mine gave me a Intel workstation that his employer was throwing out. Being sick and tired of my AMD machine, I decided to swap out the parts. My somewhat new rig now had an Intel Core i5-3570K 3.5Ghz 4-core processor. I can’t remember the motherboard I bought for it, but I ended up transferring the dual 4GB 1600MHz DDR3 memory sticks from the employer workstation to mine. At this time, I also ended up buying a 500GB Samsung SSD.

The Intel processor with the 16GB of memory and SSD felt like a massive improvement in speed. Windows 10 had just released so I went ahead and got that for it as well. Although it had hardware from 2012 in it, my machine was fast. I was so proud of what I had built.

Minor upgrades came about in 2017 when I decided to go 4K. I finally retired my Zotac graphics card for an EVGA GeForce GTX 1070 FTW Edition with 8GB GDDR5 memory. I paired this with a 4k HDR10 27-inch LG monitor. It was recommended by Apple at the time so I thought it’d be great for photo/video editing, photoshop work, as well as web design. The upgrade to 4K was probably the most expensive upgrade up to this date.

This new graphics card allowed me to play practically any game at max settings with 1080p resolution and even some at max with 4K resolution. 4K games are incredibly demanding though so I usually stick to 1080p. However, doing work in 4K is a game changer. The larger resolution and amazing picture quality gave me lots of flexibility when working with images or videos. An expensive upgrade, but a great addition.

Fast forward to 2019, we get to my current beast of a rig. I decided to go practically all out. I wanted a computer with all the latest and greatest tech. The specs are listed in the right column. It handles anything and everything I throw at it with ease. I built myself one of the most powerful and beautiful personal rigs I’ve come across to date and I’m incredibly proud of it.

So, what about all the old parts? Instead of letting them all go to waste, I reused a few in a Plex multi-media server I made for my family. I reused the old case, graphics card, power supply, and hard drives as well as bought a few new hard drives. I put all this together with a new Intel Core i5-9400, MSI Z390 motherboard and 16GB of Corsair Vengeance LPX memory. Oh, and the storage comes to a whopping 15 terabytes. And I’ve already filled majority of this space with my family’s movie, tv and music collections as well as our photos and home movies. I also turned it into our own personal cloud so we can store documents or other files from our phones, computers or other devices. I may post some tutorials on how to achieve all of this in the future. If so, I’ll add a link below.